I got a blue wildebeest fillet from a friend and decided to make carpaccio as a starter and a main course prepared 3 different ways.

With the carpaccio, you have to cut the fillet into thin slices with a very sharp knife. It helps to leave the meat in the freezer for a while before cutting it. You don’t need a big piece of meat to make carpaccio, in my case I used about 3cm of the fillet.

After cutting the meat, you can use the side of a big knife to press down on the meat, thinning it out even more.

Put the meat on a plate, sprinkle freshly ground salt and black pepper over it, drizzle some olive oil and freshly squeezed lemon juice onto it and finally top with some parmesan cheese shavings.  Now a lot of people like to put some rocket on top of the carpaccio, this time I opted for some marinated green beans (see the recipe below) which I also used in the main dish. I got the recipe off Jamie Oliver’s web site and adapted it a bit. 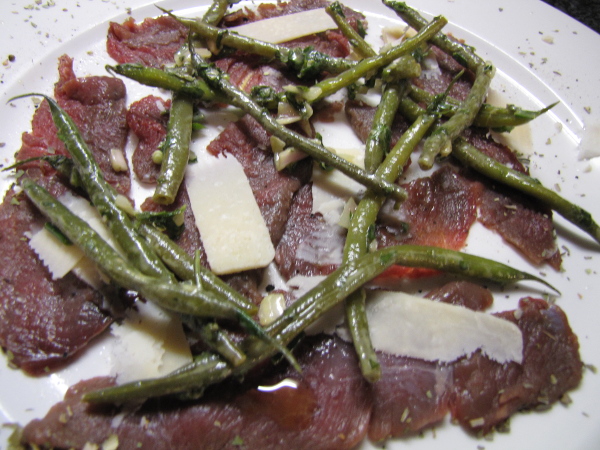 The ingredients for the marinade are as follows. 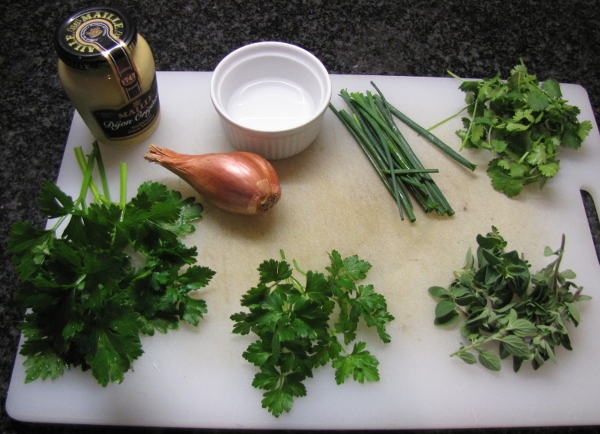 Chop all the ingredients, put it in a bowl, add the mustard, vinegar and olive oil and mix.

Boil the beans in water with some salt added for +/- 5 minutes. The beans must still be al dente. Add the beans to the bowl and toss. Let it cool down and give the beans time to soak up the marinade. 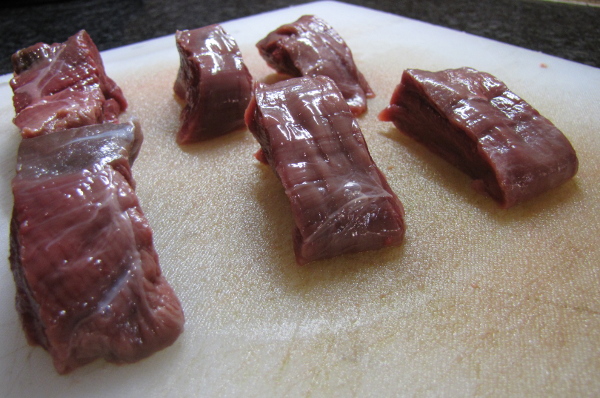 I cut 6 pieces of meat from the fillet and sprinkled them with freshly ground salt and black pepper. 2 of the pieces I butterflied, 2 wrapped in bacon and the other 2 I left as is. Then onto the grill. 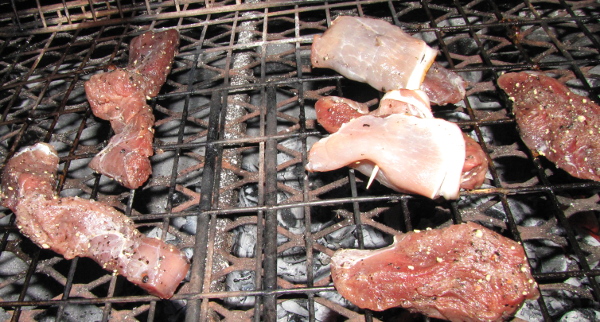 I grilled the meat until it was medium to rare. With the butterflied meat I inserted green figs and gorgonzola cheese, the ones wrapped in bacon I left as is and the other ones I served with a juniper sauce. All of this was served with pan fried exotic mushrooms, fresh asparagus and the marinated green beans. 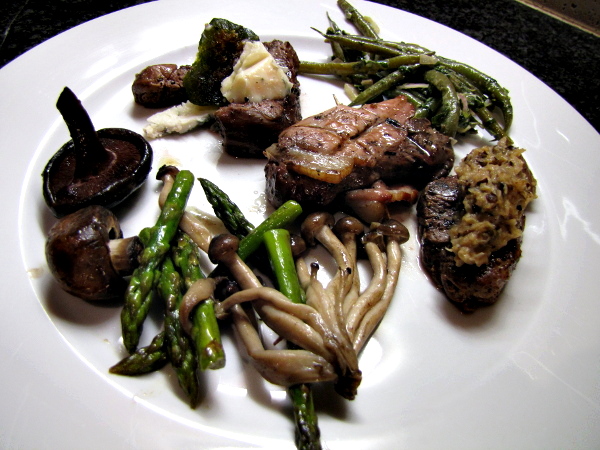 P.S. The juniper sauce did not come out as expected so I won’t be sharing the recipe.