I needed a Burmese recipe and a dessert recipe for my South East Asian date night menu so was very excited when I came across a Burmese Semolina Cake by the Spice Island Tea House.  I paired it with a Low Carb Coconut Ice Cream which I am happy to say turned out to be my best attempt at ice cream making so far.

We don’t eat a lot of cake so I quartered the recipe and cooked it in the microwave as I could not be bothered to heat up the oven for 2 small ramekins.  I also replaced the sugar with xylitol.  You can find the original recipe on the Bon Appetit website here.

Toast the semolina over medium high heat, stirring, until darkened and nutty smelling. 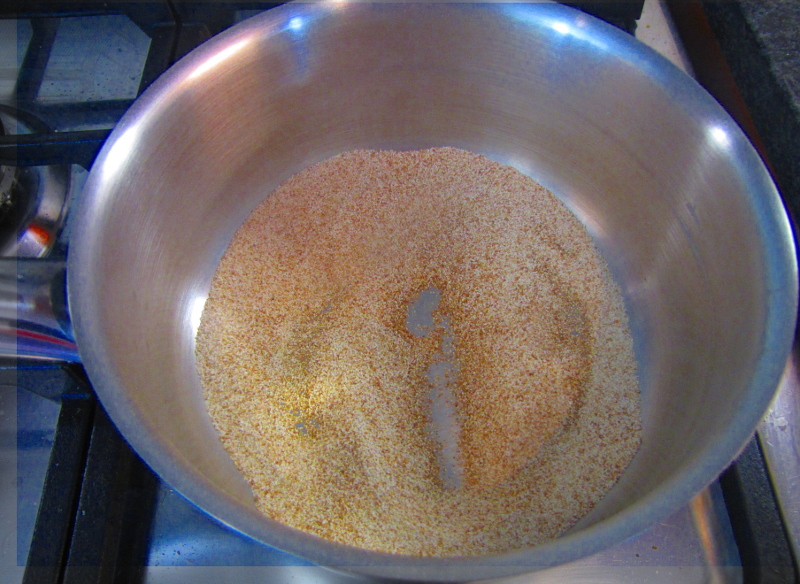 Whisk egg, coconut milk, milk, sugar, and 1/4 tbsp butter in a large saucepan. Whisk in semolina and bring the mixture to a boil over medium-high heat, whisking, until mixture is very thick and pulls away from the sides of saucepan, about 4 minutes.

Scrape batter into 2 buttered ramekins. Cook in the microwave on high for 1 minute and leave to cool.  Serve with coconut ice cream. 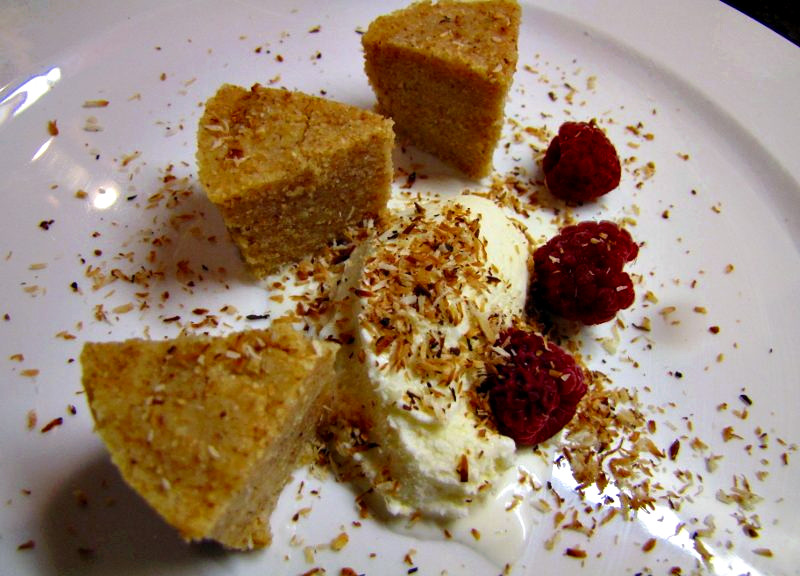 I was very impressed with how well this cake cooked in the microwave. Now I know that dedicated bakers will never bake anything in the microwave, but that is one area where I like taking shortcuts.

We don’t like very sweet desserts and enjoyed this, but I think that some people might not find it sweet enough though.

Mix the cream, coconut milk, and xylitol in a pot. Cook over medium low, stirring occasionally until just about to simmer.

Once about to simmer, turn heat to low and stir for about a minute or until the xylitol is dissolved.

Remove from heat and stir in vanilla extract and salt. Once cooled place in freezer.  Stir it every hour (by hand or with an electric mixer) to prevent ice crystals from forming until frozen. 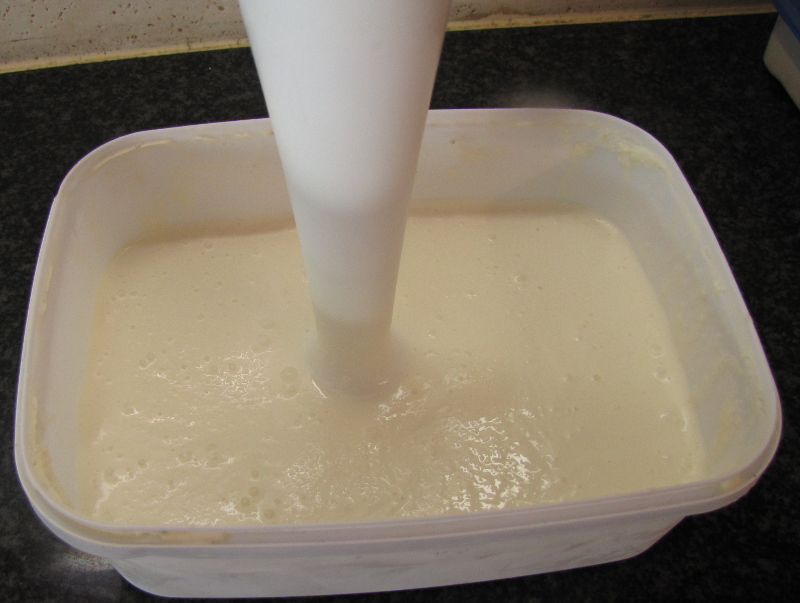 This Low Carb Coconut ice cream was much easier to make and actually came out smoother than the previous versions. I’m not sure whether it was because I stirred it more diligently or whether it was the coconut milk which wasn’t in my previous recipes.

I would have liked to have tasted more coconut in this ice cream.  Therefore I’ll try and make it with only coconut milk next time (when I hopefully have my ice cream maker).