Winter has finally arrived in Cape Town and I wanted to make  some comfort food for this week’s date night.

Few things say comfort food more than a slow cooked stew, so I decided to make a Moroccan lamb tagine.

A tagine is North African slow cooked savoury stew, named after the  earthernware pot in which it is cooked.

It usually consists of meat, poultry or fish with vegetables and/or fruit.  Spices used are saffron, ginger, turmeric, cumin and cinnamon.

This recipe from legendary cookbook author Paula Wolfert is for a layered onion and tomato tagine flavoured with sultanas and honey.

It is from her cookbook – The Food of Morocco.  You can find the original recipe here.

I do not have a tagine so used a cast iron casserole dish.  Place the meat in a casserole and add 1 tsp salt, the La Kama spice mixture, saffron water, honey, grated onion and 1 tbsp oil.

Stir over a low heat for about 5 minutes or until the aroma of the spices is released.  Do not brown the meat. 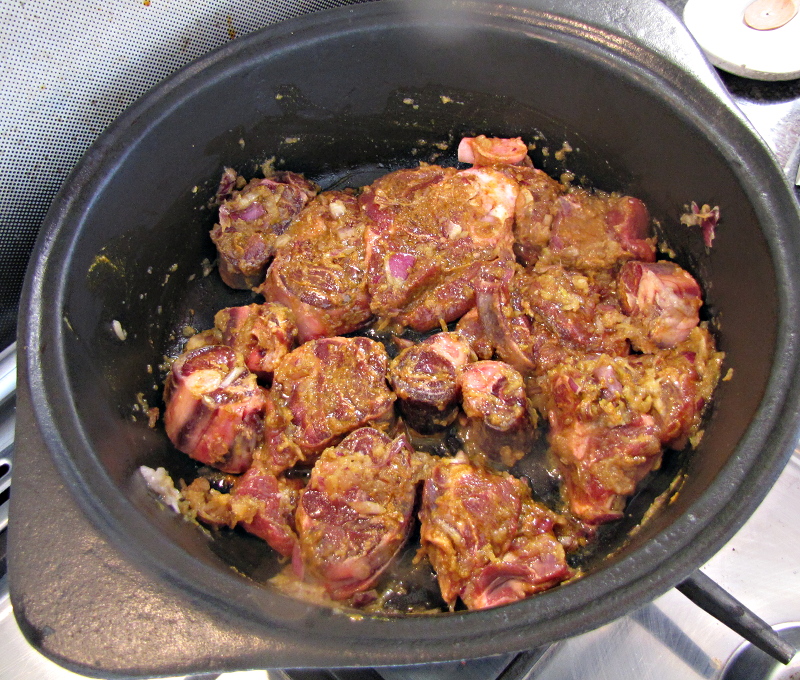 Reduce the heat to low, cover and cook for 2 1/2 hours or until the meat is falling off the bone. 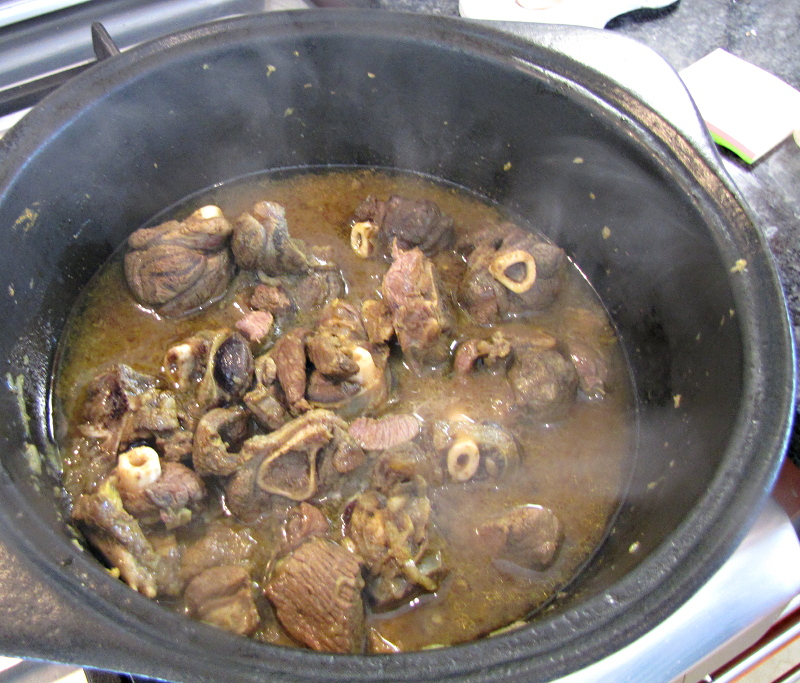 Remove the meat from the casserole and when cool enough to handle, discard the bones and trim off fat and gristle.

In the original recipe the fat is skimmed from the cooking juices and the juices boiled down to a glaze.  There wasn’t a lot of fat or liquid left so I skipped this step.

Add 1/2 tsp salt, 1 tbsp butter, the sliced onions and the cinnamon stick to the cooking juices.

Cover and cook, stirring occasionally for about 45 minutes.  The onions should be soft and golden. 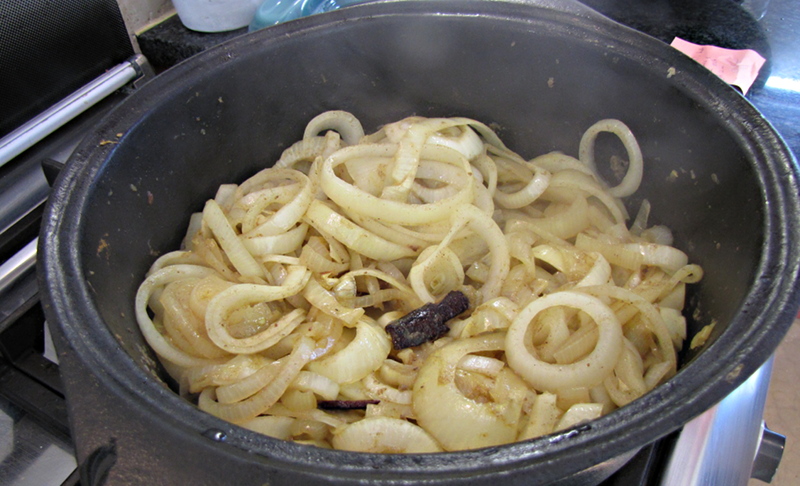 Use a slotted spoon to transfer the onions to a separate dish.  The recipe makes a lot of onions – I ended up not using all of it.

Take the cinnamon stick out of the cooking liquid and season.

In the original recipe the cooking liquid is boiled down to about 180ml but I only had around that much left so skipped that step.

The recipe can be prepared up to this point up to 2 days in advance.   If prepared in advance cool, cover and refrigerate the meat, onions and cooking stock.

Grease a baking dish with 1 tbsp butter and spread the meat over the bottom.

In the recipe it does not say what to do with the reserved cooking liquid so I just drizzled it over the meat, 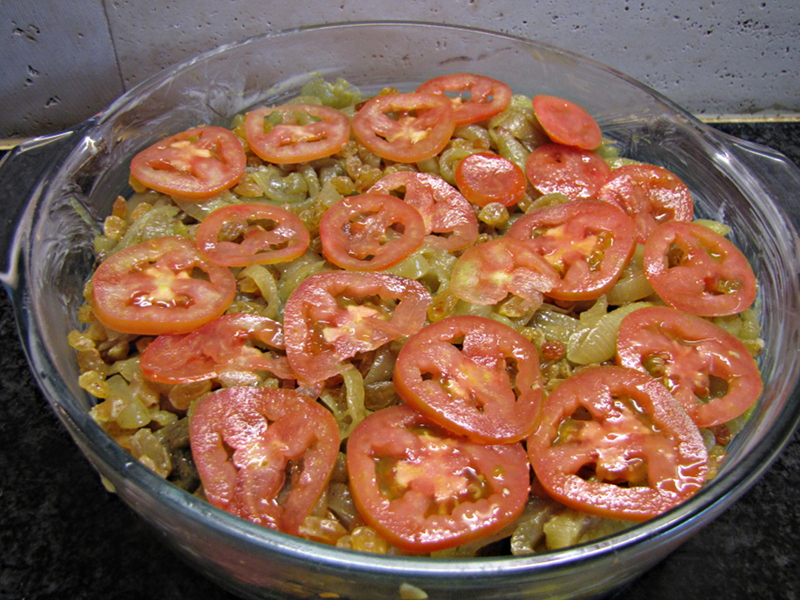 Uncover and sprinkle lightly with salt. Sprinkle over the sugar and cinnamon. 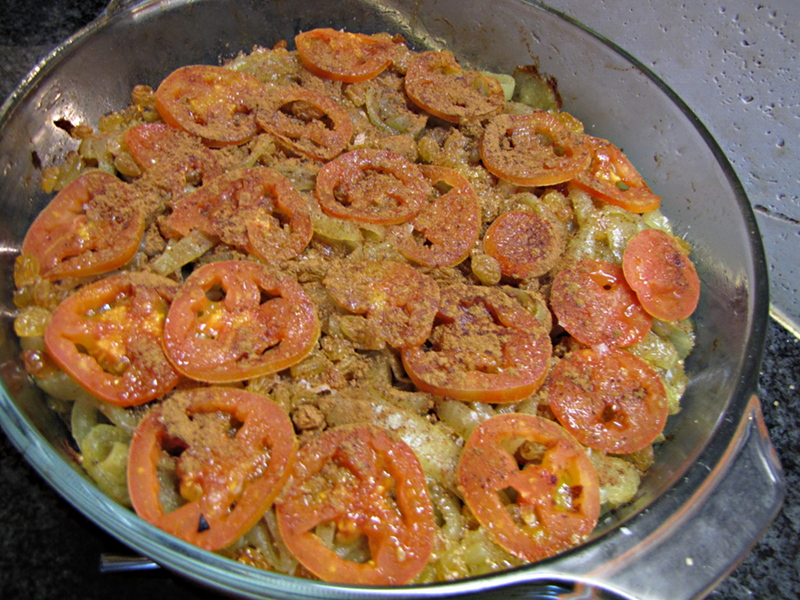 Bake uncovered for another 30 minutes.

Take out of the oven and drizzle 1 tbsp of oil over the onions and tomatoes. Grill for about 5 minutes or until crusty and lightly charred. 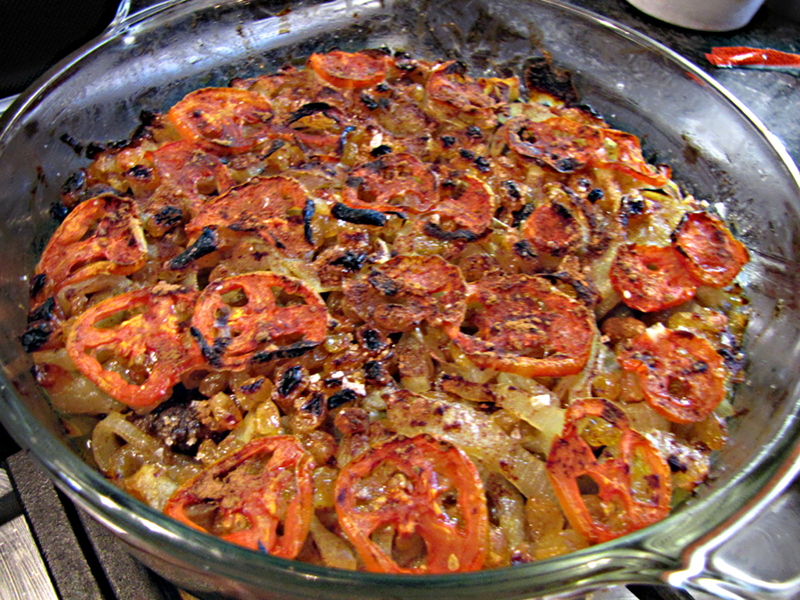 I made the Marrakech tagine bread to serve with the tagine.  It was a very easy bread to make and delicious. 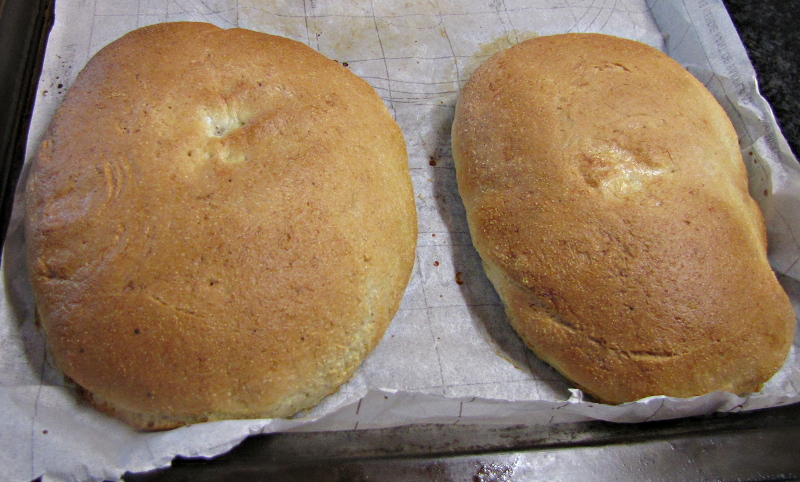 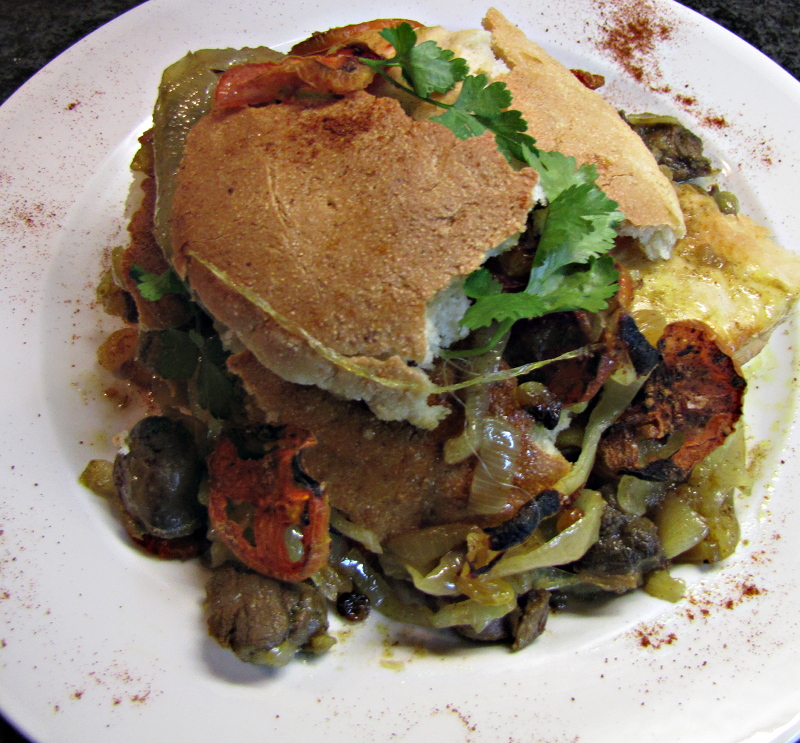 The slow cooked lamb, caramelized onions and spices all went together really well.  The bread was also a winner, working much better than couscous to soak up all the delicious sauce.

We had this with a Neil Joubert Shiraz and a Van Loveren River Red blend.