We’ve had a beautiful springbok loin in the freezer for a while now, just begging to be cooked.   I could not decide on just one sauce to make for it, so ended up making four.  My choices were a blackberry, chocolate, gin and juniper and whiskey cream sauce.

So from left to right we have our blueberry, chocolate, gin and juniper and whiskey cream sauce.

Adapted from this recipe  on the Food Magazine website. 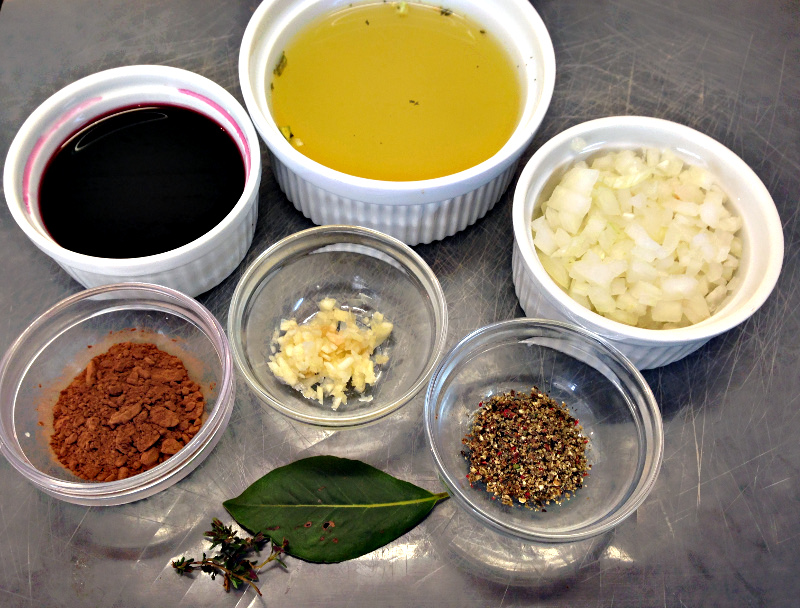 Heat olive oil and sauté the onion, thyme, bay leaf and pepper corns until the onions have softened. 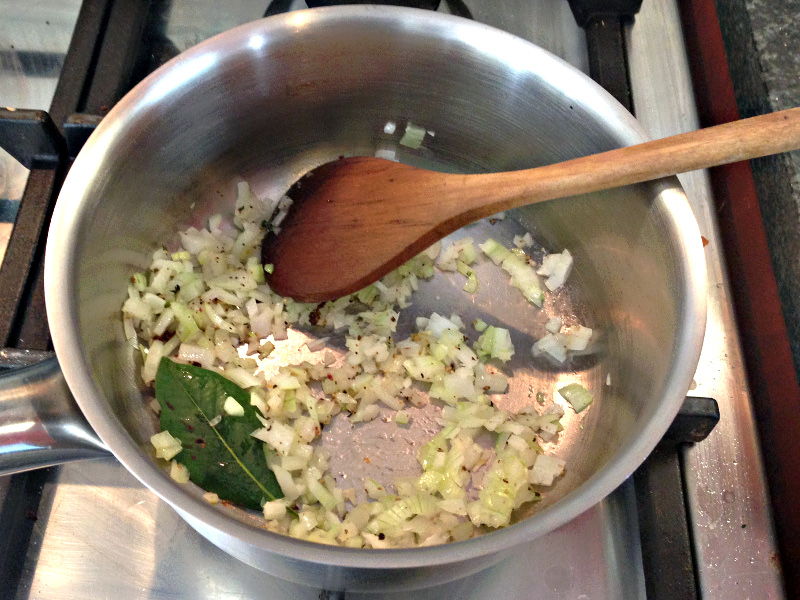 Add the red wine and cook until almost all the liquid has evaporated.  Add the stock and reduce to a sauce consistency. 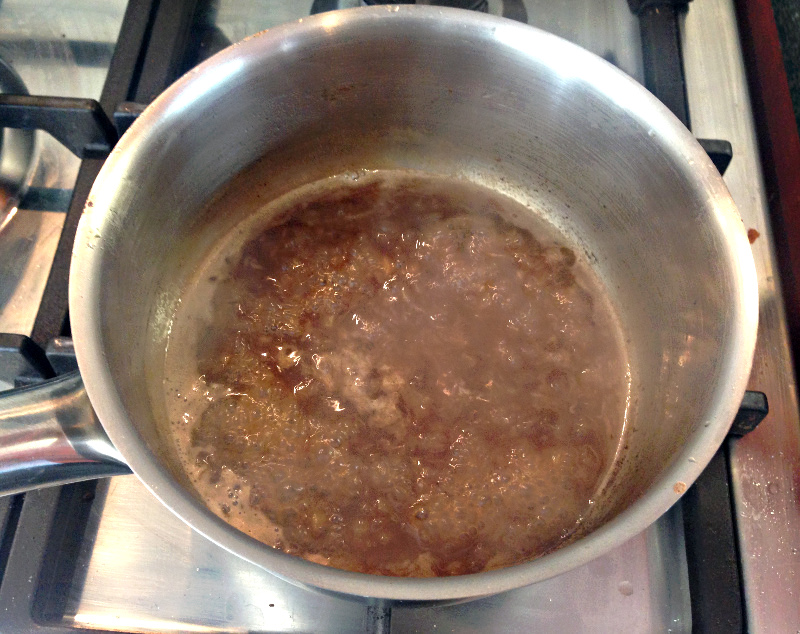 Strain the sauce through a fine sieve and stir in the chocolate.  I was out of bitter chocolate, so decided to add  1/4 tsp cocoa powder to the sauce.  I could not taste it so added a square of Lindt caramel dark chocolate.  The sauce was not bad but I should have made it with the bitter chocolate like the recipe said.  Looking forward to making this recipe properly.

As you strain the sauce the recipe yields very little (I quartered the original recipe and had just enough sauce for 2 medallions of venison). 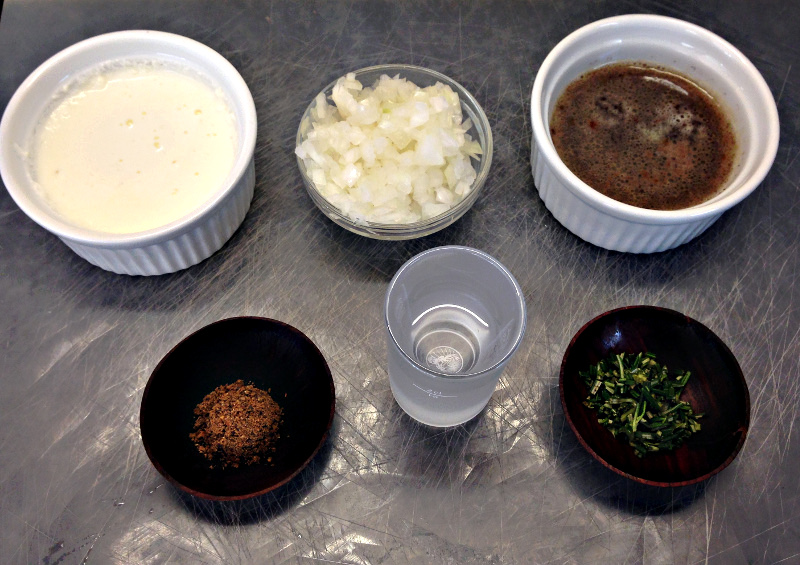 Heat olive oil and sauté the onion until softened.

Take the pan off the heat and add the gin.  Return to high heat and cook it until almost evaporated, stirring often.

Add the juniper, rosemary and stock and reduce 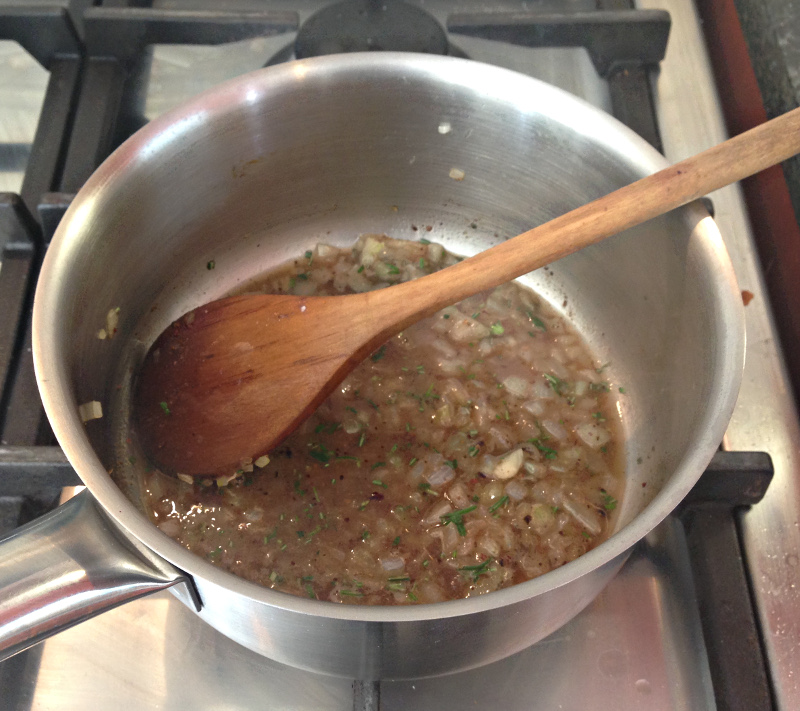 Cook until the liquid has thickened to a sauce consistency.

Take off the heat and whisk in the sour cream. 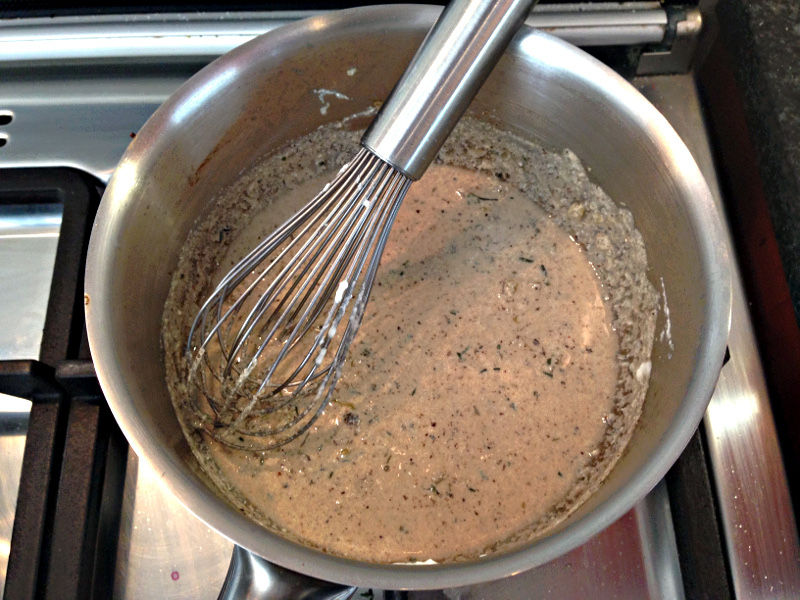 I strained the sauce at this stage but will not do it next time as I think this will work well as a chunkier sauce. (the original recipe does say “strain if you want to”).

I also reduced the sauce a bit too much and it ended up having a thick gravy like consistency. I should have added a bit more sour cream in the end but there was too much going on in the kitchen at the time.  This sauce does not taste like much on it’s own but worked very well with the venison.

From this Ree Drummond  recipe. 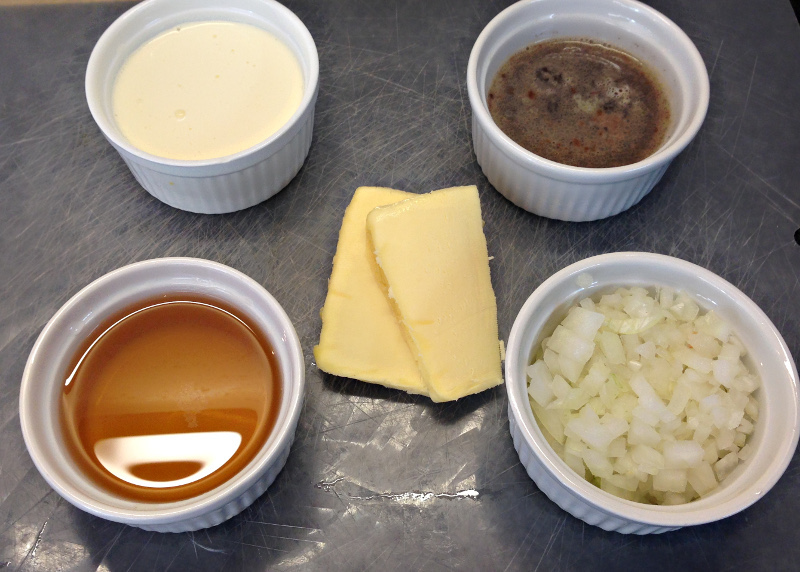 Sauté the onion in 3 tbs butter until brown. 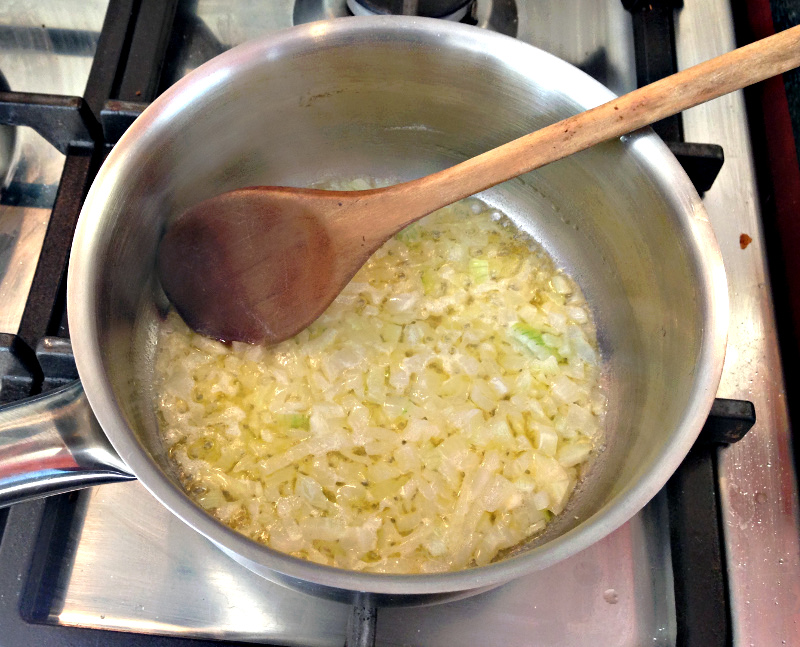 Take the pan off the heat and add the whiskey.  As soon as the whiskey evaporates, add the stock, salt and pepper.  Reduce the sauce by half.

Whisk in the remaining  butter and turn the heat to low.  Whisk in the cream and simmer until thickened. 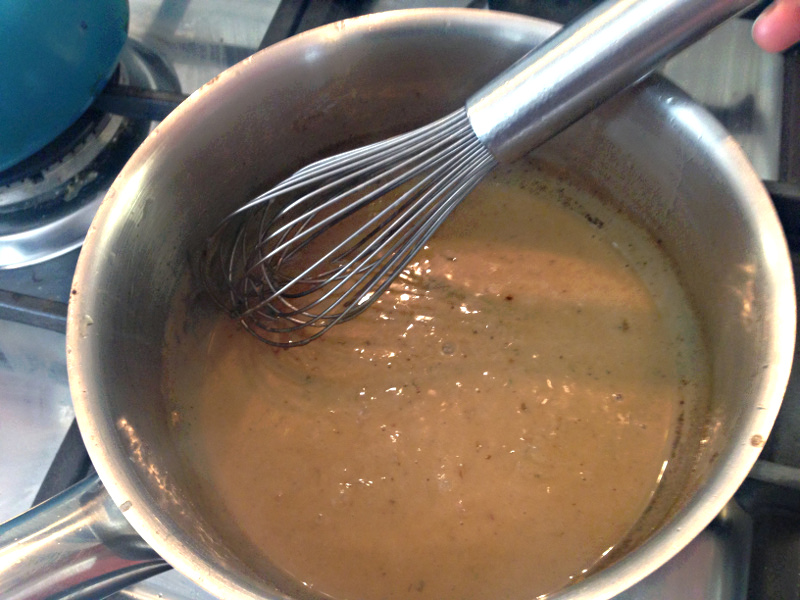 Out of the 4 sauces this was our favourite one.  It was also the easiest to make and made the most sauce as you do not have to strain it.

Heat oil in a pan and sear for about 7 minutes on each side.  This is longer than the cooking times specified in most recipes.  However this was quite a big piece of meat and I trusted Adrienne to cook it perfectly using his “finger test method” (basically poking the meat every couple of minutes). Wrap the meat in foil and let it rest for 8-10 minutes. 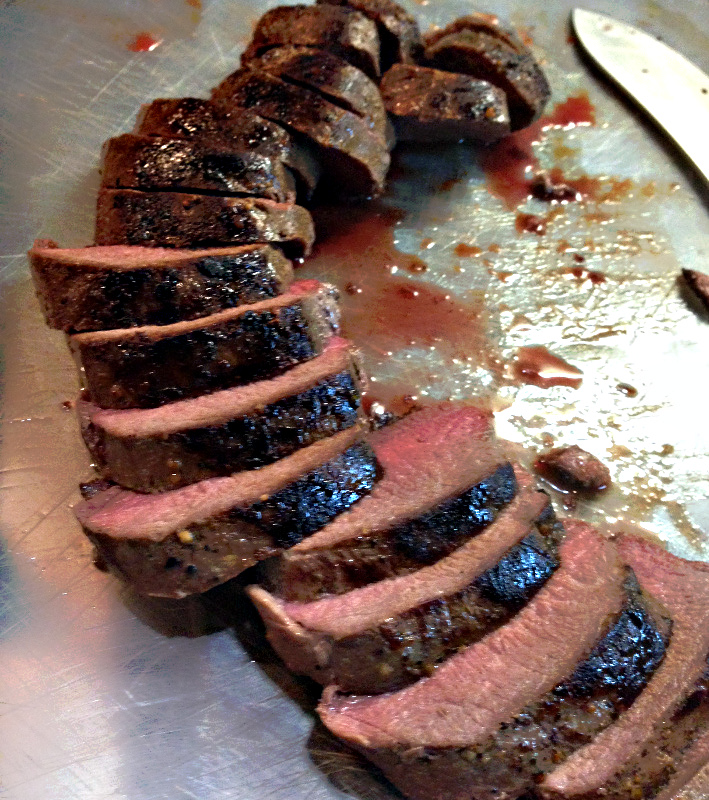 I finished the dish off with parsley oil, a sprinkling of black berries and pomegranate seeds and a very pretty purple pansy. 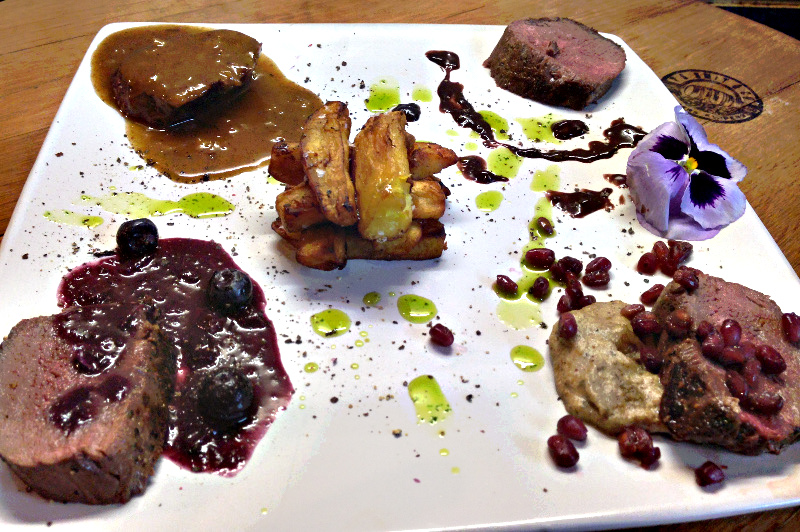